You are here: Home / Blog / A Presentation About the History and Science of the Hurricane of 1938

LITTLETON—New England’s great hurricane of September 1938 remains one of the most devastating natural events ever to occur in the region. Besides killing nearly 700 people, the unprecedented storm caused over $600 million in damage and forever altered New England’s landscape.

This history and science of this great hurricane will be the topic of the next presentation in Littleton Public Library’s ongoing 2016 Summer Author Series.

The featured speaker for the Wednesday, September 21 event will be Lourdes B. Aviles, Professor of Meteorology at Plymouth State University’s and author of the 2013 book, “Taken by Storm, 1938, A Social and Meteorological History of the Great New England Hurricane.” Her talk will coincide with the 78th anniversary of the memorable Sept. 21, 1938 event. 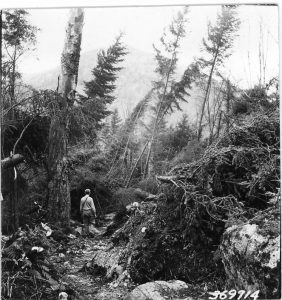 The Great New England Hurricane, as it became known, changed everything from the landscape and its inhabitants’ lives, to Red Cross and Weather Bureau protocols.

Meteorology, forecasting, and storm preparedness were already in transition, and after September 1938, they would be changed forever.

The September 21, 2016, event is the first of two hurricane-related programs scheduled in the Littleton Public Library Author Series. On Wednesday, October 5, the series will host Corinth, Vermont, author Stephen Long, whose newly published book, “Thirty-Eight: The Hurricane That Transformed New England,” focuses on the impact the hurricane had on New England’s inland forest.

The upcoming September 21 and October 5 presentations will begin at 6:30 p.m. in the library’s McLure Program Room.